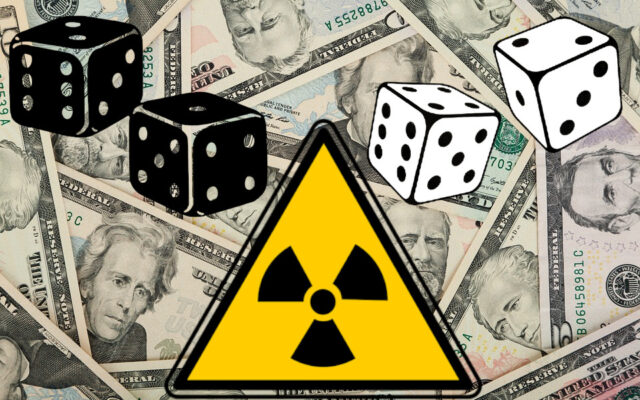 Hedge Fund Effect…
Two common reasons why many avoid investing may be related to what we at Aesop Advisor call the hedge fund effect. As around only half of Americans participate in retirement plans, many have never directly worked with a finance professional, perhaps leaving films as some of the few examples of investing. Unfortunately, what makes an entertaining show may not align with reality of what the average retirement investor can expect.

Money Movies
Films such as “The Wolf of Wall Street” and series such as Showtime’s “Billions” focus on highly risky, speculative, unethical and illegal behaviors. This commonly portrayed archetype is often associated with a certain type of investment firm called a hedge fund. For many, the model of the unscrupulous hedge fund manager may influence their perception of investing. Perhaps for most, excessive risk and shady practices are undesirable, and the idea of someone treating their money the way they see portrayed on the big screen is a complete turn-off. These individuals may never invest or work with an investment professional.

Hedge Hunters
However, others may be attracted by the prospects of speculation. This group may not be turned away by the notion that investing is like a casino and the goal is always to win big fast. People in this group may seek out the services of an investment professional, only to be disappointed that an advisor won't treat their money like the character Bobby Axelrod from “Billions” would. A long-term buy and hold strategy with a diversified, broad-based portfolio may seem a lot less exciting than trying to make a massive, instant profit. That might be part of why, despite being perhaps the world’s most well-known investor, there is no movie besides documentaries about Warren Buffett.

Hedging Limitations…
Ironically, despite their reputation for risk-taking and speculating for quick, outsized returns, hedge funds, depending on their strategy, often aren’t trying to hit home runs with their trades. Hedging, by definition, involves reducing the chance of losses. Any hedge taken to reduce the risk of loss will also reduce the opportunity for gains. Though hedge funds might not lose as much as the overall market during downturns, they may underperform the market in the long-term. Additionally, as their active strategies are associated with higher fees, and their availability is limited to high net worth individuals, hedge funds may not be the best option for the average retirement investor.