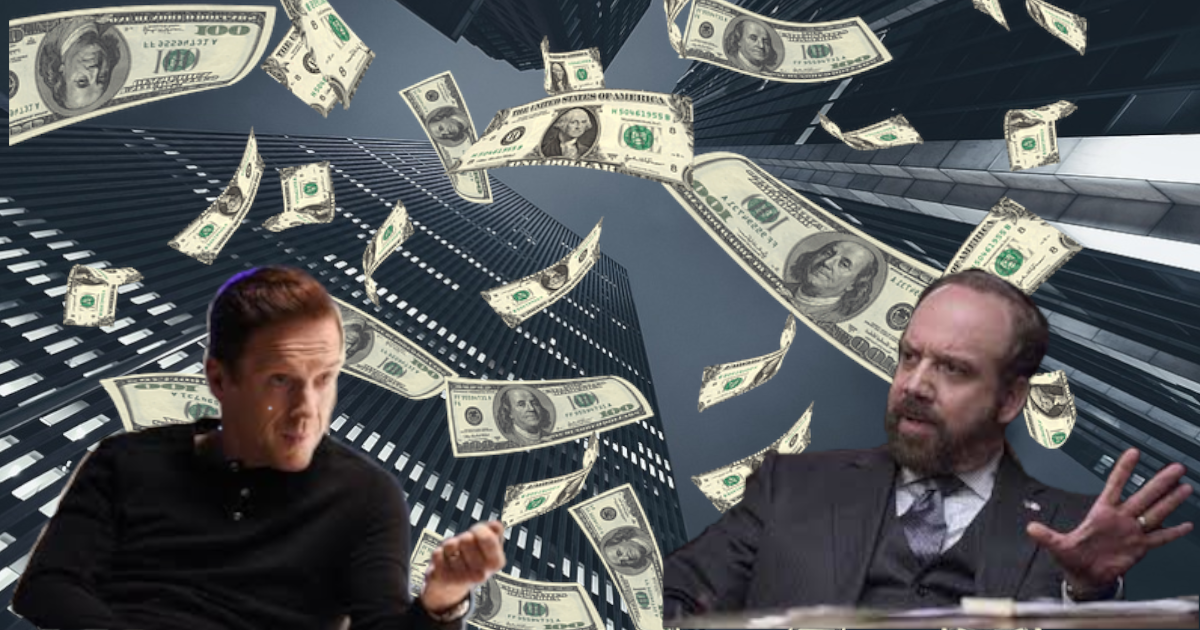 Head Hedger...
Showtime’s series Billions follows the rivalry between a corrupt hedge fund manager and a US Attorney. The character of Bobby Axelrod, a high-profile hedge fund star, is reported to be somewhat based on several real-life figures, including Steve Cohen, who pleaded guilty in 2013 to one of the biggest cases of insider trading. The US Attorney who locks horns with Axelrod is said to be influenced by Preet Bharara, who prosecuted Cohen. However, even though there are aspects of the show based in real life, some have pointed out how it deviates from reality. One critique is how unlikely it would be for a hedge fund manager and a US Attorney to openly engage in a public feud, as reality would be less fun to watch with the attorney taking calls all day and the hedge fund manager trying to avoid unwanted attention.

Phony Buyout
Though the direct clash between the US Attorney and Axelrod may be over exaggerated, some strategies used in Billions, such as short sales, are real. However, at least one short sale portrayed in the first episode may be a stretch. In one scene, Axelrod intuits that an upcoming merger is bogus based on who is involved. He surmises that the buyout is a ploy to boost the share price of the company being bought. Though Axelrod being the only person who knows enough about the deal and those involved to spot potential problems may be far-fetched, sham buyouts have actually happened. Earlier this year, the Securities Exchange Commision (SEC) made charges related to a phony offer to purchase the US-listed company Textron. However, in reality, staged mergers may be very rare. Buyouts often contain reverse termination fees the buyer will owe if they back out for certain reasons. Once committed, buy-out offers can be difficult to get out of, as recently displayed by Elon Musk’s haphazard acquisition of Twitter.

Insider Info
Insider information, often called material nonpublic information (MNPI), is knowledge about a company that is not publicly available and that has a significant impact on the value or performance of the company. As trading on MNPI is an unfair advantage over other investors, company insiders with access to MNPI, as well as any investors who obtain it, are restricted from using it when making investment decisions. Axelrod and his team appear to specialize in obtaining inside info, using duffle bags stuffed with cash to gain access to MNPI. In fact, as one critic pointed out, it appears Axelrod’s primary strategy is insider trading.

MIDAS Touch
An opening scene in the first episode contains a real-life reference that might relate to why pervasive and persistent insider trading may not exist as portrayed in Billions. Leading up to the first mention of Bobby Axelrod in the first episode, an SEC official says suspicious trading activity was spotted while “riding the midas”. This refers to the SEC’s Market Information Data Analytics System (MIDAS). MIDAS provides regulators with enormous amounts of transaction details that can be used to monitor markets and identify possible use of MNPI. Since the creation of the Market Abuse Unit (MAU) in 2010 along with MIDAS in 2013, the SEC can proactively identify and investigate potential insider trading and other abuses as they happen.

All Fish…
Comprehensive access to markets allows regulators to cast a wide net, ensnaring not only big fish, but small fish as well. Pursuing a policy of no tolerance, regulators appear willing to hold a broad range of investors accountable. Insider trading cases pursued in the past ten years by the SEC range from individuals colluding with family members and friends, to higher profile cases such as two congress members, an NFL player, and a former government official. Insider trading charges have been brought against small businesses as well as people who have worked with large companies including Amazon, Apple, Dominoes, Goldman Sachs, Microsoft, Netflix, and Wells Fargo. The SEC not only detects suspicious transactions involving large amounts by big firms, but individuals making relatively small trades; revealing the extent to which they can observe market activity. This deep visibility may deter many hedge funds from relying on or attempting insider trading. In the past ten years, the SEC has made around 170 charges related to insider trading, with just around 10 involving firms identified as hedge funds.