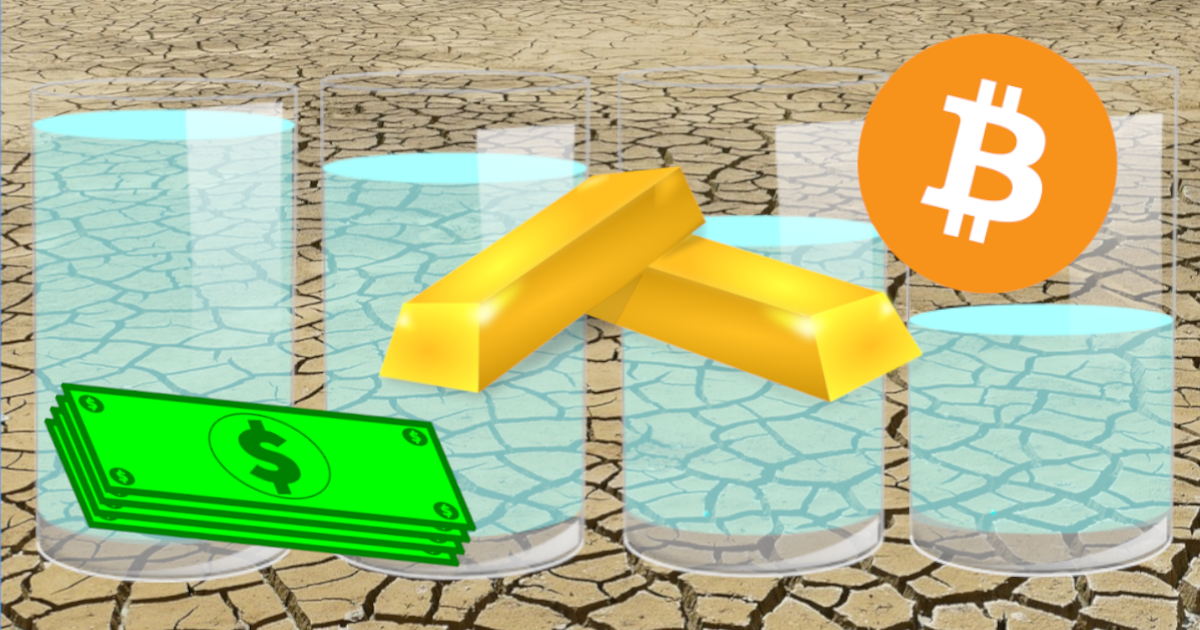 Laser Focus...
Scarcity was a central tenet of Satoshi’s bitcoin creation as described in hundreds of forum posts and emails within a cryptography chat group over nearly two years from 2009 to 2010. With a limited number of units that can be created, or “mined”, Satoshi predominantly cited scarcity as an impact on bitcoin value. Satoshi mentioned bitcoin’s limited supply as a quality that would contribute to its appreciation in value, saying that because the supply is predetermined, bitcoin value would increase “as the number of users grows”. Satoshi described bitcoin as a way to “escape the arbitrary inflation risk of centrally managed currencies” because its “total circulation is limited to 21 million coins”. Satoshi’s belief that bitcoin would subvert inflation stemmed from the view that inflation is caused by an increase in the supply of money. This view of inflation may have contributed to a laser-like focus on scarcity as related to value.

Gold Standard
Satoshi designed bitcoin to mimic gold, particularly its quality of scarcity. Satoshi likened bitcoin to a “base metal as scarce as gold” and differentiated it from contemporary currencies, calling it “more typical of a precious metal”. They compared the process of creating bitcoins to “gold miners expending resources to add gold to circulation”. It appears Satoshi assumed that if a higher supply of something makes it worth less, then a lower supply of something makes it worth more. All the metals that are considered precious are, in fact, some of the most scarce elements on the planet. If scarcity was always a primary factor in determining value, then any metal more scarce than another should be worth more. However, a review of the precious metals market reveals that scarcity alone does not create value.

Valuable & Malleable
Rhenium, ruthenium, osmium and platinum are all more scarce than gold, yet less valuable. Indium is more scarce than silver though worth half as much. Palladium is more abundant than rhenium and osmium but worth much more. Mercury is more scarce than nickel, lithium, and uranium yet less valuable. Bismuth is more abundant than Tellurium yet worth nearly five times more. Though ruthenium and platinum each have the same abundance in the Earth’s crust, platinum is worth around twice as much. Rhodium is the most valuable metal, yet it is twice as abundant as osmium and nearly 70 times more abundant than iridium. Factors unrelated to scarcity may play a role in prices. Though aluminum is the third most abundant element in the Earth’s crust, it once was worth more than gold before processing advancements lowered its cost.

Money Mix…
The global currency market also fails to hold to the maxim that more of something equals less value and less of it equals more value. Though China is the only country with more money in circulation than the US, there are only a handful of currencies in the world that are worth more than the US dollar. However, in addition to scarcity, Satoshi seems to acknowledge what they call “usage” as a driver of value. Though the US dollar also seems to reveal that widespread usage, like scarcity, does not guarantee value; as the fact that there are around a half dozen currencies worth more than the dollar in spite of the dollar being the most widely used currency illustrates. Previously, we talked about how Satoshi’s views were based on the idea that inflation is caused by an increase in the supply of money. Satoshi seems unaware that money aggregates have not been linked to inflation for decades. They also appear unaware that monetarism, the economic theory bitcoin appears to be based on, called for a proportional increase in the money supply to avoid inflation and recessions. Satoshi’s views on scarcity, along with inflation, may be based on less than a comprehensive perception of currency and commodity markets, and the factors that influence bitcoin and crypto value may differ from what was intended.

Bitcoin forum threads, emails, and the whitepaper can be viewed at this link.

Markets Demystified is published the first and third Wednesdays of each month and explores how stock market investing can relate to personal finance.