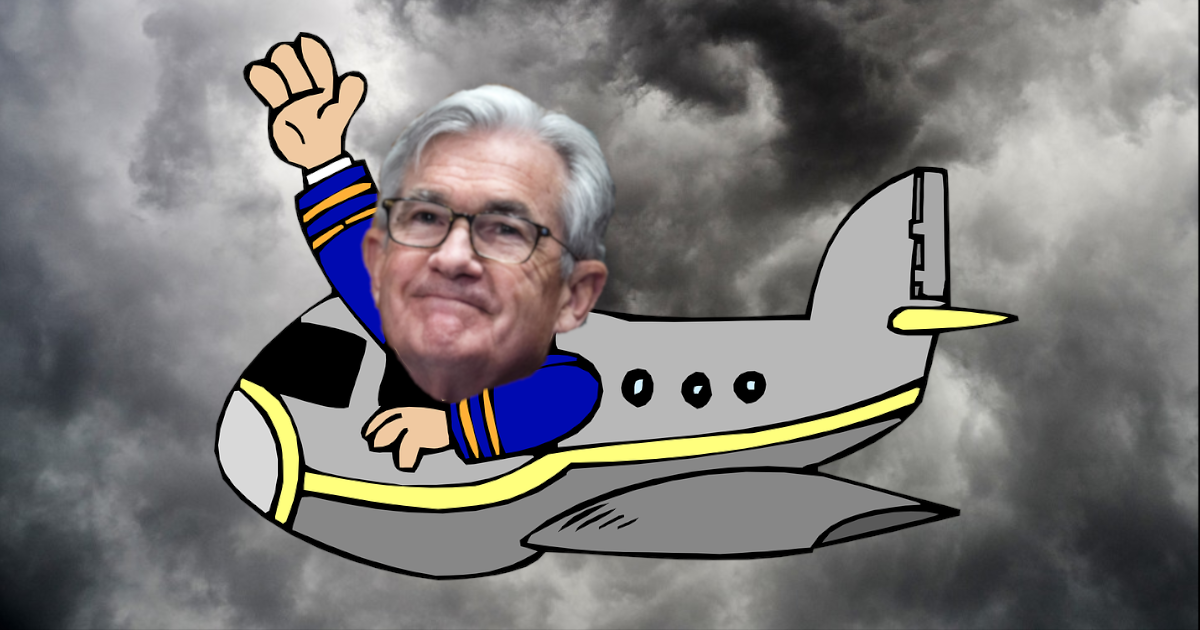 Pilot Powell...
Federal Reserve chair Jerome Powell, a Trump appointee, made it clear throughout last year that taming rampant inflation was top priority for the Fed, and that prices would be reined in even if measures taken to do it resulted in a recession. For most of 2022, market participants were trying to assess the likelihood and potential severity of an economic downturn inflicted by the Fed embarking on its fastest rate of interest hikes since the 1980s. Now, after seven hikes totaling 4.25%, the chance may be beginning to appear that the Fed may be able to reduce inflation while steering clear of a damaging downturn, with clear signs emerging that the series of steep hikes are having the intended effect of cooling spending, all while the labor market remains remarkably resilient.

Bad is Good
Markets have been in a “bad news is good news” mood, with positive news of economic growth souring investor outlooks by raising the chances the Fed will have to keep making aggressive rate hikes to cool things down. In seemingly counterintuitive moves, markets have been rallying on negative economic news as it may decrease the Fed’s aggressiveness. Worker pay raises have been seen as one of the primary drivers of rising prices. Earlier this month, investors cheered wage growth moderation as increases in average hourly earnings fell for three straight months and made their smallest year-on-year increase since August 2021. Investors also reacted positively earlier this month on news US consumer prices fell for the first time in more than 2-½ years, when economies were reeling from the pandemic. It was the third straight month consumer prices were lower than expectations. Markets rose on another report this month showing the US services industry shrunk for the first time since the pandemic. Outside the pandemic-induced slump, it was the weakest services level since late 2009. As the services industry makes up more than two-thirds of US economic activity, this report may have been another significant signal that rate hikes are making an impact.

Phantom Recession
Although high profile layoffs in specific industries such as tech and interest rate-sensitive sectors like finance and housing are making headlines, other parts of the economy still have not recovered their pre-pandemic number of workers. Despite what seems to be a persistent belief that a recession has already arrived, the labor market has remained robust, even in the face of fierce Fed rate hikes. As of November, there were 1.7 jobs open for every unemployed worker, and the unemployment rate remains at its lowest level in five decades. New jobs continue to churn out, with an average of 375,000 new jobs created every month in 2022. Unemployment claims are also in line with pre-pandemic levels.

Lag Time…
Markets seem to be accepting that inflation has likely peaked. After climbing to 9.1% in June, the steepest increase since 1981, prices have shown signs of cooling off. It may not be possible to know for sure if a recession will result from the Fed’s rate hikes, as there is a lag time before hikes take full effect. Though prices are moving in the right direction, there is still a way to go before inflation reaches the target of 2%. Will inflation fall fast enough for the Fed to end their rate hike frenzy before the economy stops creating jobs and starts losing them? The movement of stocks may depend on how these factors play out, and on how long bad news remains good news; though there seems to be growing confidence that any upcoming recession will be relatively mild, if one happens at all. If so, then the Fed will have touched down on the runway for a smooth, soft landing.

Markets Demystified is published the first and third Wednesdays of each month, and explores how stock market investing can relate to personal finance.