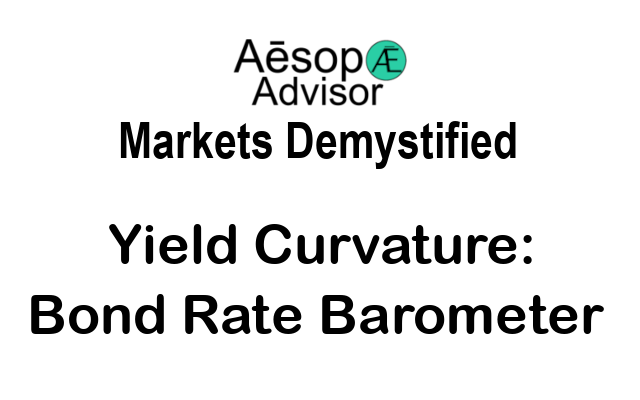 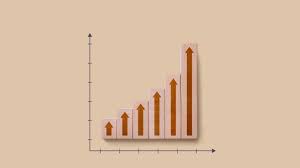 Steep, Flat, or Inverted Curves...
Unlike stock prices, which only move up or down compared to past prices, bonds have an added dimension of duration. This allows rates of bonds with different expiration dates to be drawn as a line called the yield curve. Usually, longer-term bonds pay higher interest rates than shorter terms. When rates of longer duration bonds move higher compared to shorter-term bonds, the curve steepens. When long-term rates move closer to short-term rates, the curve flattens. If rates of longer-term bonds fall below shorter terms, the yield curve has inverted.

Prices and Rates
Prices that buyers and sellers are willing to pay or accept determine bond rates. A bond pays a fixed interest rate when issued, and can then be bought and sold many times before its expiration date. Buying at a lower price will yield a higher rate, and buying at a higher price will yield a lower rate. A steep yield curve with higher rates for longer-term bonds can signal investors anticipate economic growth, and a flat or inverted curve can signal a lack of growth expectations. Inversions often precede recessions by around 1 to 2 years, and are one of the most reliable predictors of an oncoming downturn.

Last Inversions
The difference, or spread, between rates of 2-year and 10-year bonds, as well as 3-month and 10-year bonds, are two parts of the curve that are closely watched. However, the 3-month to 10-year spread may be a little more accurate at predicting recessions. Though there was no way to anticipate the oncoming pandemic-induced recession, the last inversions were in 2019 amid trade wars; with the 3-month to 10-year spread inverting from March to October. The inversion ended the day of the “Phase 1” deal, marking an end of escalating tariffs.

Today’s Curve...
Persistent post-pandemic inflation along with the invasion of Ukraine have caused the fastest shifts in bond rates in decades. Though spreads between shorter-term and longer-term bonds are considered the most significant, the spread between 20 and 30-year bonds has been inverted since October. Spreads of 3 to 5-year, 5 to 7-year, and 7 to 10-year bonds all inverted in the second half of March. The more closely watched spread of 2-year and 10-year bonds started inverting in late March. However, the perhaps somewhat more reliable 3-month to 10-year spread is near its steepest levels of the year, possibly signaling some economic optimism amid inversions elsewhere along the curve.

Interest rates quoted for 2019 are based on daily closing rates. Additional intraday inversions may have occurred.

Markets Demystified is published the first and second Wednesdays of each month,
and is meant to help readers understand how stock market investing relates to household and personal finance.

Aesop Advisor LLC newsletters are for informational purposes only. They do not attempt to predict future stock market moves and are not intended as individual investment advice. Aesop newsletters are not recommendations to buy, sell or hold any asset and are not intended as actionable investment advice or market timing. Equities references generally refer to the overall stock market, though if individual companies are mentioned, it is not a recommendation to buy, sell, or hold shares of the company. Unless otherwise indicated, terms including "stocks", the "stock market", and "market(s)" refer to Standard & Poor's 500 index. All investments involve risk and the past performance of a security or financial product does not guarantee future results or returns. While diversification may help spread risk, it does not assure a profit or protect against loss. There is always the potential of losing money when you invest in securities or other financial products. Investors should consider their investment objectives and risks carefully before investing. The price of a given security may increase or decrease based on market conditions and customers may lose money, including their original investment.